"Anaconda" is a song by Nicki Minaj from her third studio album, The Pinkprint. The song serves as the second single off the album. The song was composed by Maraj, Jamal Jones, Jonathan Solone-Myvett, Ernest Clark, Marcos Palacios and Anthony Ray, and production was managed by Polow Da Don and Da Internz. Minaj did a radio promo tour to promote the song on radio stations like Hot 97, Power 106 LA, On Air with Ryan Seacrest, Elvis Duran and The Morning Show, Carson Daly, and more. The song was released on August 4, 2014 as a digital download, and to Top 40 Mainstream (Pop) and Top 40 Rhythmic radio stations on August 12, 2014. A music video was shot for the song on July 21-22, and premiered on VEVO on August 20, 2014.

The song was her first song as a solo artist to go #1 on iTunes, and the first as a female rapper in general. This music video made Nicki Minaj become the first solo female rapper to hit 1 Billion views! It broke the VEVO record for most watched video in it's first 24 hours with 19.6M views. It peaked at #2 on the Billboard Hot 100 becoming her highest charting single on the chart. It was also her 11th Top 10 entry extending her lead as the female rapper with the most Top 10s of all time. It was included on the US edition (Now! 52) and the UK edition (Now! 89) of the compilation music issue Now That's What I Call Music!

The song has been certified 2x Platinum in the US, Platinum in Australia, Gold in New Zealand and Sweden, and Silver in the UK.

On June 6, a fan asked Nicki if "Pills N Potions" was the only song she would release before the album. Her response was, "No." During a Twitter Q&A on July 2, a fan asked her about any hints of the 2nd single and she replied, "HARD FUCKING BODY!". She also said it didn't have any features on it. On July 23, she did another Q&A about the hint and surprise we were getting soon. She said the surprise was one word that began and ended with the letter "A" and the second letter was the letter "N". She also confirmed it was album related, but not the album cover. On July 24, she posted the name, cover, and release date of the second single off The Pinkprint.

The song was initially scheduled to be released on July 28, 2014 as a digital download, but was pushed back until August 4, 2014. Various bloggers and fans believe it was due to her recording for Beyoncé's "Flawless Remix", she confirmed later on a interview that her label pushed it back because they didn't want it to release ''Bang Bang'', ''Anaconda'' and ''Flawless Remix'' by the same time. It impacted Top 40 Mainstream (Pop) and Top 40 Rhythmic radio stations on August 12, 2014. It was the most added song across all formats the week of release (#1 on Rhythmic and Urban, #2 on Pop)

On July 20, Nicki tweeted, "When you see this...". When a fan asked her she was talking about the Monday surprise, she said it was different and we would get out first hint in 3 days. That same day she gave us a small hint by tweeting, "Snakes in the Jungle". On July 24, 2014 she revealed the cover artwork for the new single on Instagram. During her radio promotion of the single, Minaj stated that she did not expect the artwork to be as controversial and receive the reception it did. A mandatory 'Parental Advisory Explicit Content' tag is seen covering her derrière on the iTunes version of the cover.

"Anaconda" was produced by Polow Da Don and Da Internz. It samples the 90's classic Baby Got Back by Sir Mix-a-Lot.

"Anaconda" received generally positive reviews from critics. Carolyn Menyes from Musictimes gave the song a positive review, calling it a bit 'raunchy' but was 'expected' and saying "Anaconda" continues Minaj's promise to move away from her poppier singles such as "Super Bass" and "Starships", and go back to her hardcore rap roots. Kory Grow from Rolling Stone praised the use of the "Baby Got Back" sample and said the song stayed true to the theme of the original. Kevin Goddard from HotNewHipHop gave the song a positive review saying "Nicki’s raunchy new version may be the next big thing to hit the industry." Dan Reilly from Spin said "Minaj takes the good Sir's '92 ode to protruding posteriors and adds a heavy dose of 2014 sex lingo". Hot 97 DJ Peter Rosenberg, who Minaj previously had a feud with after he criticized her pop single "Starships" for being a sellout song and dissed her on the stage of Summer Jam in 2012, praised the song saying "she found her new smash rap record".

Sir Mix-a-Lot praised the song, saying he had "a whole new level of respect for Minaj" after hearing the record and that he became a 'fan for life' of Minaj.

The music video was shot by Colin Tilley in LA on July 21-22, 2014. It premiered on VEVO on August 20, 2014. The song broke the VEVO record for most watched video in it's first 24 hours of release with 19.6M views beating the previous record holder, Miley Cyrus with "Wrecking Ball". 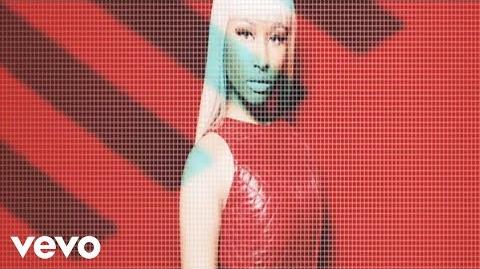 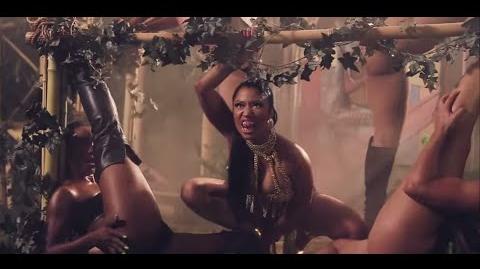 Nicki performed the song for the first time at the 2014 MTV Video Music Awards. She also performed it live at Fashion Rocks, the 2014 2014 iHeartRadio Music Festival and the 2014 MTV Europe Music Awards with "Super Bass" and "Bed of Lies".