Barbershop: The Next Cut

Barbershop: The Next Cut is an upcoming 2016 American comedy film directed by Malcolm D. Lee, produced by Ice Cube, Robert Teitel, and George Tillman, Jr. and written by Kenya Barris & Tracy Oliver. It was distributed by Warner Bros. Pictures, and produced by studios such as New Line Cinema, Metro-Goldwyn-Mayer, and CubeVision. It is a sequel to the 2002 film Barbershop, the 2004 film Barbershop 2: Back to Business, and the 2005 spin-off Beauty Shop. It serves as the third film in the Barbershop film series, and fourth in the entire franchise. The film focuses on Calvin Palmer (Ice Cube) and his employees at his barbershop in a urban community.

This will be Nicki Minaj's second live-action film as she plays sassy hairstylist Draya, and her third in total after cameo appearances in Ice Age: Continental Drift and The Other Woman. This movie, however, will be her biggest role to date.

On March 26, 2015, Deadline.com reported that Nicki Minaj along others was in talk to join the film. It was confirmed on May 4 that she would indeed be the film and will play Draya, a sassy hairstylist in the beauty shop portion of the barbershop. Filming began on May 11 in Atlanta, Georgia.

The film will be released in the United States on April 15, 2016 (original date February 16). Nicki confirmed on Twitter in late May that she would have "A LOT" of more lines than her previous films.

With the neighborhood changing, Calvin considers shuttering the barbershop and moving uptown. 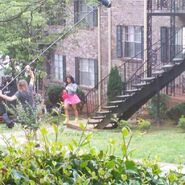 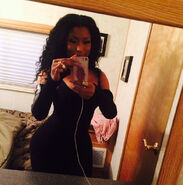 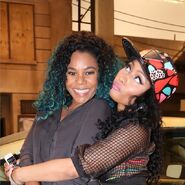 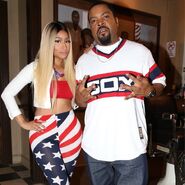 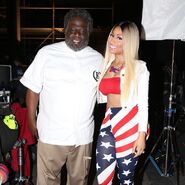