Nicki Minaj Wiki
Register
Don't have an account?
Sign In
Advertisement
in: Mixtapes, Beam Me Up Scotty, 2009,
and 7 more

Beam Me Up Scotty

Not to be confused with Beam Me Up Scotty (song).

Beam Me Up Scotty is the third mixtape by American recording artist Nicki Minaj. It was released on April 18, 2009 by Young Money Entertainment and Dirty Money Entertainment. The mixtape includes guest appearances by Lil Wayne, Gucci Mane, Busta Rhymes, Bobby Valentino, and other Young Money artists like Drake and Jae Millz. Shortly after its release, Minaj—along with other Cash Money/Young Money artists—appeared on MTV.com's Mixtape Daily to discuss the recording.

The mixtape received overwhelmingly positive reviews from critics, who noted that it was a major change from Minaj's previous work. "Itty Bitty Piggy" and "I Get Crazy" both became well known tracks around the world, while "Envy", "Go Hard" , and "Still I Rise"  became fan favourites.

Beam Me Up Scotty was recorded after Lil Wayne noticed Nicki Minaj's appearance on Queens-based underground rap label Dirty Money Records' "On the Come Up" DVD series. Wayne is credited with mentoring Minaj as she recorded Beam Me Up Scotty, two years after her appearance on "Don't Stop, Won't Stop", a track from Wayne's acclaimed 2007 mixtape Da Drought 3 (the track sampled "Can't Stop, Won't Stop" by Young Gunz). The tape is credited with helping to create Nicki Minaj's fan base. Despite the impressive list of collaborators on the tape, Minaj "remains in the foreground" of the tape. Minaj herself says of her time on tour with Lil Wayne: "It made me hungry. That's what inspired me and the music for the Beam Me Up Scotty tape — the I Am Music Tour."

Minaj credits Beam Me Up Scotty with re-focusing her on her music at a time when much of her career efforts were associated with her image:

I was OK, but I wasn't focusing on the music. I was doing pictures and stuff like that, so people knew me more for pictures than my music. But with the Beam Me Up Scotty mixtape, they have to take me seriously as an artist. So, I would say maybe a year ago, I started sharpening my skills. Recently, I've been singing more. Now it's official — it's going down like 'Town Julie Brown.
—Nicki Minaj

In March 2013 Beam Me Up Scotty was named 19th best mixtape by Complex Magazine.

On May 14 2021, Beam Me Up Scotty was re-released on streaming platforms and for digital download featuring a revamped cover art and three new tracks, "Fractions" "Seeing Green" with Drake and Lil Wayne, and "Crocodile Teeth Remix" with Skillibeng. The previously released songs "Chi-Raq" featuring Lil Herb and "Boss Ass Bitch (Remix)" featuring PTAF were also included on the track list. The order of the tracks was altered slightly from the original 2009 mixtape, and five songs ("Mind on My Money (Remix)", "Handstand", "Five-O", "I Feel Free", and "Outro") were also omitted from the release. 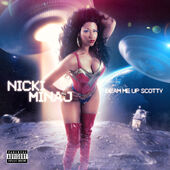 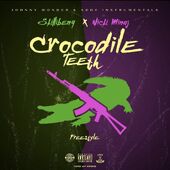 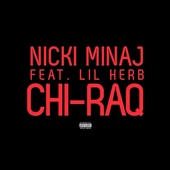 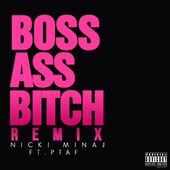 Nicki Minaj, Drake - Best I Ever Had (Audio - Remix)

All tracks were arranged and produced by DJ Holiday and The Trapoholics.