Beyoncé Giselle Knowles (born September 4, 1981), known as Beyoncé or "Queen B" is an American singer, songwriter, record producer, and actress born and raised in Houston, Texas. She enrolled in various performing arts schools and was first exposed to singing and dancing competitions as a child. Knowles rose to fame in the 1990s as a singer of the R&B girl group, Destiny's Child, one of the world's best-selling girl groups of all time. In 2008, she married long-term boyfriend Jay-Z. Beyoncé makes a cameo in the music video for "Come on a Cone" along with her husband Jay-Z.

On the eleventh episode of Queen Radio on February 2, 2019, Nicki credited Beyoncé and Jay-Z as being 2 of the most influential people of her career. 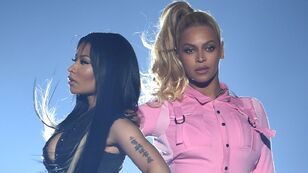 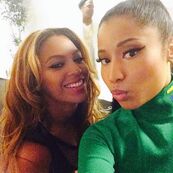 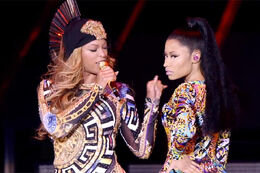 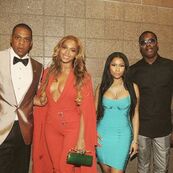 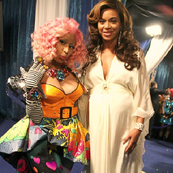 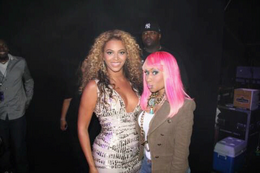