Inga DeCarlo Fung Marchand (born September 6, 1978),[1][2] better known as Foxy Brown, is an American rapper known for her solo work as well as numerous collaborations with other artists and her brief stint as part of hip hop music group The Firm.

Raised in Brooklyn, New York, her father Keith Stahler abandoned the family at a young age to pursue his career at ERAC records. Her albums include Ill Na Na in 1996, followed by Chyna Doll in 1999, and Broken Silence in 2001. She also performed on the 1997 self-titled album by the Firm, the only album to be released by that group to date. Throughout her career, Brown has held an extensive arrest record and served some time in jail.

After 2002, she continued recording verses for herself and other artists but did not release any albums; she left the Def Jam label in 2003, thus canceling the release of her Ill Na Na 2 album. However, she returned to the label in January 2005 after Jay-Z signed her back to begin work on her new album Black Roses. In December 2005, she began suffering from hearing loss, which put her career on hiatus until the next summer, a few months after surgery. A fourth studio album, which originally was a mixtape, was released in May 2008 following many delays spawned by a jail sentence that Brown served for assault. 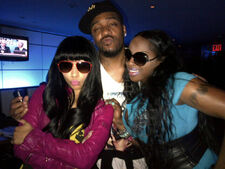 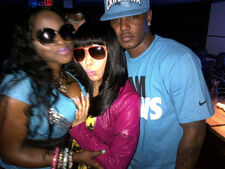