Johnson first found monetary success from producing while still in high school by selling his beats over the internet. Working with artists such as Micah T from Invasion Productions. He was soon contacted by Mike Caren, Executive Vice President of A&R for Atlantic Records, who signed him to a publishing contract with the label.

He has stated that his favorite producers and largest musical influences are Timbaland, Dr. Dre and Mannie Fresh.

In February 2011, Johnson, along with fellow Atlantic Records labelmate Trey Songz as well as Atlantic Records itself, had an $18 million lawsuit filed against them by hip-hop producer Milton James claiming that the hit song Bottoms Up had originally been written and copyrighted by James alone.

Since his success, Kane founded his own label called "The Building". The first artist signed was The Mad Violinist. Since then he signed songwriter JR Get Money, and producer JMIKE (who is signed in a joint venture with Dr. Luke's Prescription Songs).

Kane Beatz produced "BedRock" on the collaboration album We Are Young Money and several tracks on Nicki Minaj's debut album Pink Friday. He write and produce the hit songs Super Bass and Bottoms Up and two other songs from Pink Friday (Dear Old Nicki and I'm the Best). 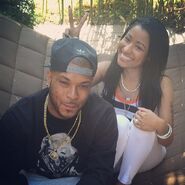 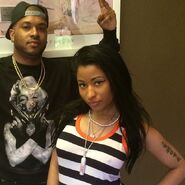