The Costume Institute Gala (or Costume Institute Ball), known as the Met Ball or Met Gala, is an annual ball that celebrates the annual opening of the Metropolitan Museum's (The Met) fashion exhibit at the Costume Institute. The red carpet evening where celebrities arrive dressed to impress is described as the fashion industry's "Night of Nights".

The 2013 Met Gala was held on May 6, 2013 in New York City. Nicki Minaj was in attendance. She was invited to sit with Tommy Hilfiger at his table along with other stars including Zooey Deschanel, Debbie Harry, Lily Aldridge, Jamie Linden, Jason Weinberg, Marky & Marion Ramone, Thalia Mottalo,Tommy Mottalo, and Caleb Followill. Although the theme of the event was "punk fashion", they were all dressed in Tommy Hilfiger.

The 2016 Met Gala was held on May 2. The theme for the night was "Manus x Machina: Fashion in an Age of Technology." She was accompanied by Jeremy Scott who designed her dress for the evening. Rumors of a feud between Demi Lovato and Nicki sprung up after the night due to Nicki posting a picture on Instagram of herself on the red carpet alongside Scott and Lovato, but she only tagged the designer. 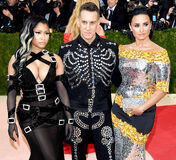 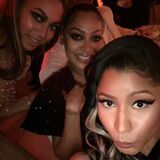 The 2017 Met Gala was held on May 1. The theme for the night was "Rei Kawakubo/Comme des Garçons." She attended the Gala in a dress designed by H&M. She was seen talking to other stars such as Kim Kardashian on the red carpet. After the event she unknowingly posted a fake best dressed list created by a fan account for which she received hate for. After she posted her list, Rihanna shared a post with proof of everyone praising her Met Gala outfit, making some believe that she was throwing shade at Nicki.

The 2018 Met Gala was held on May 7. The theme for the night was "Heavenly Bodies: Fashion and the Catholic Imagination." She announced her upcoming fourth studio album Queen, and was seen having conversations with Madonna, in which she hinted at an upcoming surprise, as well as Kim Kardashian West and Cardi B. 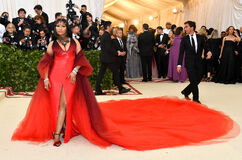 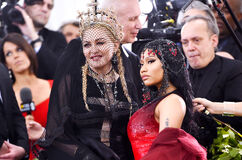 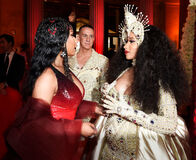 The 2019 Met Gala was held on May 6. The theme for the night was "Camp: Notes on Fashion". Nicki wore a Prabal Gurung dress to the Gala, Nicki said "I'm really proud of him with how he made the dress fit and look sexy and simple but still camp". Nicki arrived after 8pm and stayed lowkey the whole night. She also talked to Liza Koshy for an official Vogue YouTube interview and when asked if she was working on new music she replied "possibly." 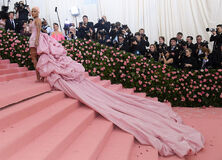 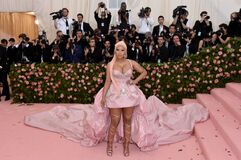