Myx Fusions is the name of a line of alcoholic drinks produced and distributed by beverage company Myx Beverage, LLC. Nicki Minaj is a co-owner of the company, and as such appears in various advertising campaigns. Peter Reaske is the CEO of the company while Mona Scott-Young is the CMO and co-owner as well. The slogan for the brand is "Get in the Myx". The drink has appeared in five of Nicki's music videos: "MEGATRON ", "High School", "Up In Flames", "Anaconda" and "Only", as well as the videos for "I Wanna Be with You" by DJ Khaled, and "All Eyes on You" by Meek Mill, both featuring Minaj.

Myx was first seen in the "High School" music video. On Twitter that day, Nicki was asked was the drink for her and she replied, "Yup!!! Info cmng SOON!!!!". On June 5, 2013, the press release was released. It revealed that Nicki was co-owner of the product. She will be the face of the brand that will expand in the U.S. market and abroad.

I am so excited to team with the Myx brand. I have no doubt that it will be number one. It's a great-tasting, amazing product that people will love. It's not even a hard sell. Myx Fusions gives us an opportunity to revolutionize the wine industry.
—Nicki Minaj, Myx Press Release: Nicki Talks Myx

Formed in 2013, Myx Beverage, LLC is the parent company for Myx Fusions beverages. On November 8, 2013, it was announced that Myx Fusions was the #1 moscato drink in the US selling over 1 million bottles in 6 months. On January 12, 2014 it was revealed that Nicki, Mona Scott-Young, and the Myx team teamed up with Young's Market Company. YMCO is the 4th largest wine distributor in the US. She also revealed that it will be available in hundreds of Kmarts nationally.

Myx Fusions is available in most parts of the US, in Canada, in Australia, in the UK, and in Ireland.

Since it's release, Myx has been heavily promoted in the U.S. It includes a national poster campaign, Internet advertisments, samples in super markets and liqueur stores, television and music video product placement, "Myx & Mingle" events and television commercials. On July 4, 2013, Nicki and Mona Scott hosted a Myx & Mingle Cruise party to launch the drink. Nicki hosted two Myx Fusions parties. One at Supper Club in LA on August 6, and one at Club Story in Miami on August 8. Myx Fusions has sponsored many events like Power 105.1 Powerhouse which Nicki performed at.

Nicki also did a little bit of promotion on The Ellen DeGeneres Show  in September 2013, as well in December 2014. She also promoted her Nicki Minaj Collection and her third fragrance named Minajesty  while she was there.

Mona Scott Young announced in October 2014 that Myx Fusions was going to have a limited edition pink bottle called Myxotica that would be released in conjunction with Nicki's album, The Pinkprint. On November 18, it was confirmed by Nicki that the bottle would only be available in America and Bermuda. It hit stores for Thanksgiving, and is a Passion fruit flavor.

On May 14, 2013, Nicki announced that the commercial will be shot on May 17, but on May 30 she said she was shooting the commercial in a week. The photoshoot for the campaign was actually shot on the former date. The photo shoot was shot by Howard Huang. On July 23, she revealed the lifesize cutout of her body that will be in stores.

The commercial was actually shot a year later on May 7, 2014. It features "Pills N Potions". 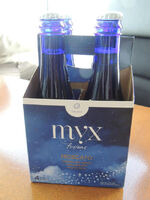 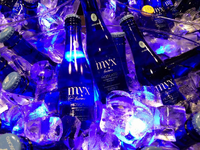 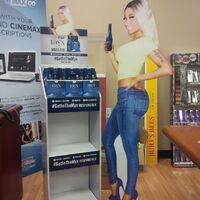 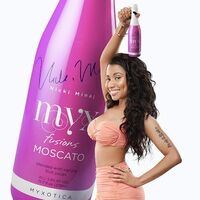 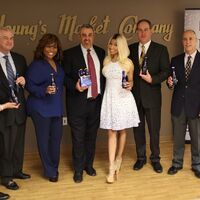 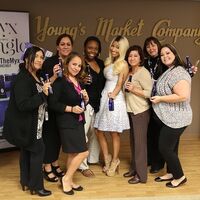 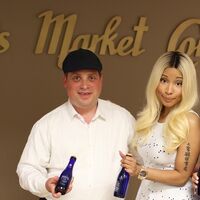 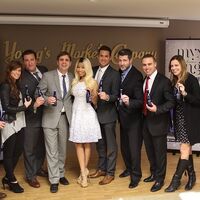 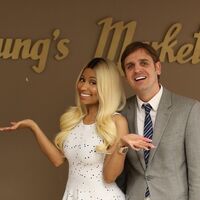 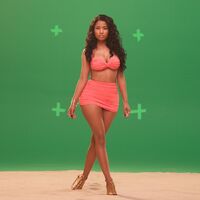 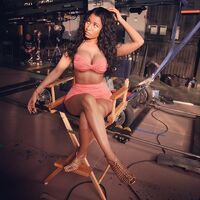 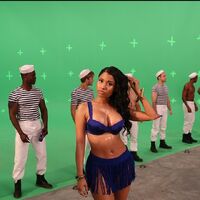 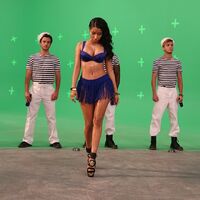