The Pink Friday: Reloaded Tour was the second concert tour and first arena tour by Nicki Minaj. The tour supports her second album, Pink Friday: Roman Reloaded and it's re-release, The Re-Up.

The tour is a more grand production than the Pink Friday Tour (2012), with this tour being regarded as being more being more theatrical, having a bigger set, bigger stage, more dancers, and being much more synchronised, including storylines and video contents. Nicki stated that this tour is like her "Pink Friday Tour on steroids." The tour began on October 21, 2012 in Nottingham, England, and concluded in Dubai, United Arab Emirates on December 28 of that year.

Mike Atkinson commented positive about the concert with some negative remarks:

"As you would expect, the Trinidadian-born rapper has commissioned a big production job, with an elaborate stage set, fireworks, flame-throwers, animated projections, dance routines, costume changes, the full works – although live musicians were notably absent from the stage. Almost inevitably, there were a few first-night glitches to contend with. Following well-received sets by Misha B and Tyga, the headline set was late starting – meaning that many audience members had to leave after the first hour – and by the time that it came to end, there were only twenty-five minutes left in the day. There were some awkward pauses between sections of the show, which Nicki's DJ did his best to fill, but his call-and-response routines did wear thin at times. (...) Perhaps this was why the show's final segment worked so well. Freed from all stage trickery, her dancers dispatched to the wings, the rapper returned to her hardcore hip hop roots, spitting out her rhymes with dazzling brilliance, and a fiery conviction that hadn't quite been there before. Meanwhile, the diehard fans in the front rows returned every word, almost turning the performance into a conversation. (...) If Nicki Minaj can hold onto that realness and nurture her on-stage connection with her ever-loving fanbase, even as the venues grow in size, then her biggest tour to date could just turn out to be her greatest triumph yet.
—Mike Atkinson, Review: Nicki Minaj, Capital FM Arena - This is Nottingham

On August 1st, 2012, Nicki took to Twitter that she would have to start the tour a bit later than originally planned. She said when the Barbz find out "why" she's starting the fall tour a bit later, they will be VERY happy. It was revealed that some shows were canceled and other were pushed back because her her gig as a judge on American Idol. 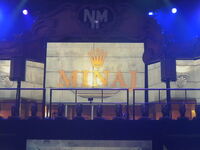 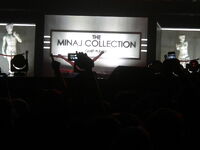 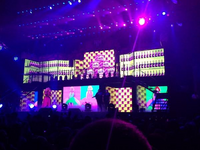 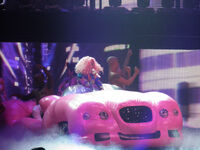 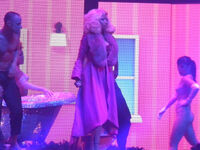 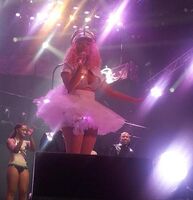 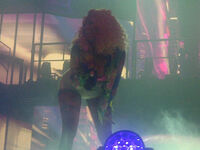