Queen is the fourth studio album by Nicki Minaj, released on August 10, 2018. She announced it at the MET Gala on May 7, 2018. Queen is Minaj's first album in almost four years following The Pinkprint (2014) as well as her first album to not feature her iconic "pink" in the title.

On April 12, 2018, Minaj released the lead single "Chun-Li" along with the first promotional single "Barbie Tingz". A subsequent promotional single entitled "Rich Sex" featuring Lil Wayne was released, followed by the albums official third single "Bed" featuring Ariana Grande. The release of the album was delayed multiple times, but was eventually released one week ahead of schedule. The album debuted at number two on the Billboard Hot 100 with a total of 185,000 album-equivalent units, giving Minaj her fourth top two album. Shortly after the release of the album, the fourth single "Barbie Dreams" was released following media hype. A remix of "Good Form" featuring Lil Wayne was released as the fifth and final single on November 29, 2018.

Following the release of the album, Minaj became the female artist with the most songs on the top 100 of Apple Music, with a total of twenty one songs. The album has been certified Platinum in the United States.

On May 19, 2018, Nicki performed "Chun-Li" and "Poke It Out" with Playboi Carti on the final episode of season 43 of Saturday Night Live. Minaj also revealed on her live Instagram stream that there will be surprises between June 11-15, including the album cover, which was shot by Mert and Marcus. During the live video, Minaj also confirmed that she is set to embark on a tour. Minaj announced on an Instagram livestream that "Chun-Li" serves as the lead single from the album, which was released on April 12, 2018 alongside "Barbie Tingz", the second single. The first promotional single, "Rich Sex" featuring Lil Wayne was released on June 14, and the third official single, "Bed" featuring Ariana Grande was released on June 14, 2018. The highly-buzzed song "Barbie Dreams" was released as the fourth single from the album and impacts Rhythmic Radio on August 14, 2018.

Originally, the album was intended to be released on June 15 of 2018, but the release was delayed and pushed back to August 10. It was later announced that the album would be released a week later, on August 17, due to Minaj trying to get a sample cleared for the unreleased song "Sorry" featuring Nas. Soon after this however, the date was changed back and released on August 10. The special Target edition was released on August 17 along with the standard physical release. The Target edition contains a special insert cover over the album booklet.

Minaj revealed the tracklist via her social media accounts shortly before the album dropped on August 10, 2018. On Snapchat, an exclusive filter was created which featured elements of the album cover, a pyramid, and the tracklist while a clean version of "Chun-Li" played over the top.

Queen Radio is a radio show Minaj has done through Beats 1 in promotion for Queen. It debuted on August 10, 2018 at 7PM Pacific Daylight Time.

The artwork for Queen was done by Mert and Marcus on the set of the music video for "Ganja Burn". It was unveiled by Minaj on Twitter on June 7, 2018. It is also Minaj's first album to be released on cassette. 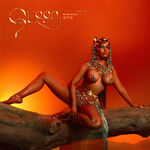 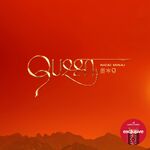 Minaj announced on social media that she would be going on a 2018/2019 tour titled the NICKIHNDRXX Tour with rapper Future across North America and Europe. Following her performance at the 2018 MTV Video Music Awards, it was announced that while the 2019 European leg of the tour would go ahead as planned, the North American dates are being pushed back until May of 2019. Due to scheduling conflicts however, Nicki will embark on the North American leg without Future. In December of 2018 Nicki announced that the European leg of her tour would be renamed The Nicki Wrld Tour and feature Juice Wrld instead of Future.

In 2018 it was announced that Minaj would be releasing a documentary focusing on the recording of Queen as well as other aspects of her personal life. Not much is known about the documentary, but according to Minaj it is coming "soon."

The digital release of the album initially had nineteen tracks before it was updated to include "FEFE". Following the release of the remix of "Good Form", the digital edition was updated to include this track, while other digital editions remained with "FEFE" as track twenty. The opening track, "Ganja Burn" was initially released under the misspelled title of "Ganja Burns", as Minaj was being pressured for the final tracklist, however the song has been officially renamed since. Minaj announced that there would be a special release of Queen exclusively through Target that would include two bonus tracks, these were later revealed to be the previously released promotional single "Barbie Tingz" and a new track titled "Regular Degular". These two tracks are also present on the Japanese CD edition of the album.