Roman Zolanski (pronounced roh-mun zo-lan-skee or zo-lan-sky) is one of Nicki Minaj's alter egos; he is Minaj's most well-known and utilized alter ego, as well as her self-professed favorite.[1] Zolanski is described as a homosexual male from London, England, characterized as being far more outspoken (and perhaps malicious) than Minaj herself. His first appearance in a song was in "Bottoms Up", a song by Trey Songz.[2] Roman was declared dead by Minaj herself on February 14, 2014.[3] However, five months later, Nicki held a Q&A on twitter and said that she will rap as Roman again when a fan asked her. Since then, Roman has made small appearances. A full return of Roman is expected to happen one day.

The first reference to Roman was a passing mention on Twitter—Minaj simply stated that she had "officially changed her name" and that she would only respond to Roman Zolanski.[4] Two months later, Minaj announced that Roman was her "twin sister."[5] Minaj gave little information on Zolanski outright, but Zolanski was described as crazy and was conspicuously female.[6] Roman Zolanski was not so much a character at the time as he was a dark personality and force of will, a particularly one-dimensional ego who was "crazy" and nothing else. In his first two musical appearances, "Bottoms Up" and "Monster", Zolanski was certainly explicit and uninhibited, but little more was known of the character.

Months later in the documentary My Time Now, Minaj elaborated that Roman is a crazy boy who lives inside her, who says the things that she doesn't want to say. He threatens to beat people and he's violent.[7] Nicki also said in the documentary that she "asks him to leave, but he can't. He's here for a reason. People have brought him out. People have conjured him up now he won't leave."[7] His personality is also very arrogant[8] and insensitive to others.[9] Zolanski's switch from female to male appears to purely be a retcon—that is, Roman is now considered to have always been male, even though in his early stages he was called female.

The character Martha Zolanski, Roman's mother, was created as a type of foil for Roman, first appearing in "Roman's Revenge". Martha, an older woman with a great respect for tradition, manners, and "the rules" further highlights the outlandish and audacious behavior of Roman. The relationship between the two is clearly strained—Martha treats Roman as a child in "Roman's Revenge" and believes he needs to be exorcised of demons in "Roman Holiday", based solely on the fact that he does not look or act like an average person—his unruly behavior and homosexuality are in direct conflict with Martha's beliefs. Martha also forces him to take his medicine to "wind down".[10] Roman disagrees with his mother's strict adherence to societal norms and Minaj has since made clear that, despite his mother's desire force him into conformity, "he’s never gonna change, he’s never gonna be exorcised. Even when they throw the holy water on him, he still rises above."[11] Though he and his mother constantly fight, Minaj has made clear that Roman will always love his mother.[12] The conflicting nature of the two egos has developed Roman as Minaj's most complex alter ego, having a much more detailed backstory than any other. With the very ambivalent relationship between the two, it is unclear to what degree Roman is actually evil and to what degree he is simply misunderstood.

Unlike in his first appearances, Roman's personality on later tracks such as "Where Them Girls At",[13] "Dance (A$$) (Remix)",[14] "Stupid Hoe", and "Give Me All Your Luvin'" were significantly less violent and more carefree and fun-loving. This has given an overall view of Roman as a rebellious and comical character that is not necessarily maleficent. These songs show the happier side of Roman and that he is not always as violent and angry as he was earlier portrayed, since Minaj stated that Roman does not care anymore.[14]

Roman is typically portrayed as blond and wears mostly dark clothing. An exception to this was in the "Monster" music video when he had black hair, although Minaj said that he is likes to experiment with pink and green wigs and wear lipstick. Roman has been compared to Eminem's alter ego, Slim Shady.

After Minaj released Pink Friday: Roman Reloaded - The Re-Up, fans and critics alike noticed the absence of Roman. Over the course of 2013, there was no mention of Roman, neither a song where people could feel Roman was there. On February 14, 2014, Nicki declared that she "got tired of him" so he "died"[3], and she did not mention anything else.

In the "Moment 4 Life" music video, Martha tells Minaj that Roman has been sent away to a Russian boarding school with Slim Shady (Eminems's alter ego), apparently as punishment the events of "Roman's Revenge" and to rehabilitate him.[15] In late 2011, Minaj announced that she was going to pick him up from the school in two weeks.[14]

Since being released from Moscow, Martha attempted to have Roman exorcised, as played out during her performance at the 2012 Grammy Awards. Though Roman did appear to have some sort of supernatural power, it is unclear whether or not he was actually possessed. It is unknown if the exorcism was a failure, as Roman broke free from his restraints, but was later raised into the air by the priest. At the close of the performance, Zolanski asks his mother for forgiveness. The next chapter of Roman's story is yet to be told.

Roman was also a warrior which fought and defeated an evil force known as "Nemesis," as narrated in "The Legend of Roman" which tell the prophesied story of a warrior who traveled from the world known as "Pinkslam," which is in complete devastation, to planet Earth to fight Nemesis.[16]

It is speculated that part of Roman's journey in Pinkslam is depicted in the opening visuals of The Nicki Wrld Tour (2019).

Roman appears mostly on songs where at least an adequate amount of anger is displayed, or where heavy lyrics are used. He is famously known for his appearance on "Roman's Revenge", introducing himself to Minaj's fans. 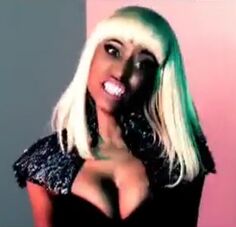 The first apperance of Roman. 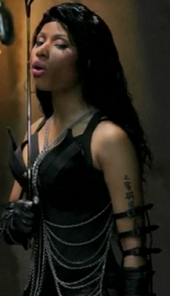 Roman at the beginning of his verse in Monster 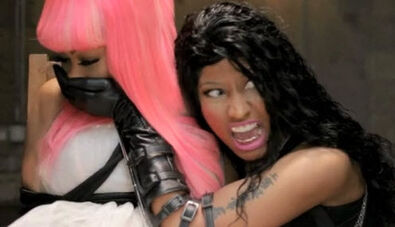 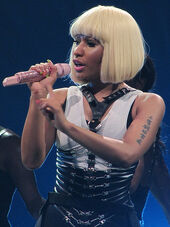 The early stages of ROMAN in Femme Fatale Tour 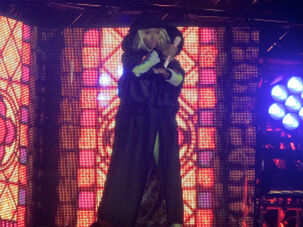 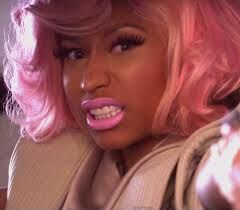 Roman as he appears in Stupid Hoe 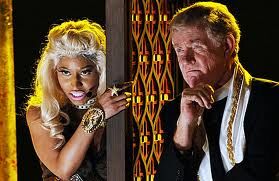 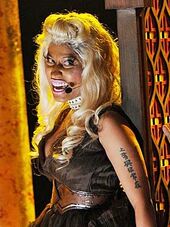 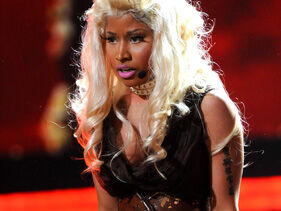 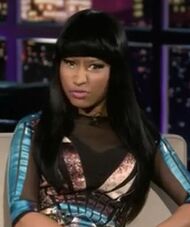 Roman was unleashed at an interview in Chelsea Lately. 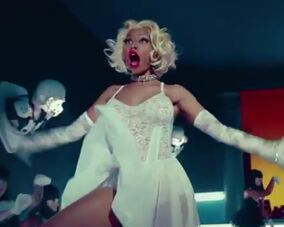 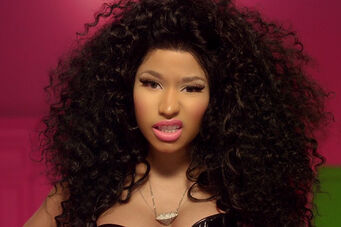 Roman and his attitude in I Am Your Leader. 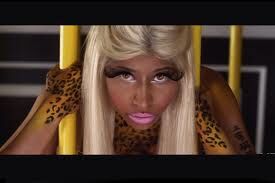 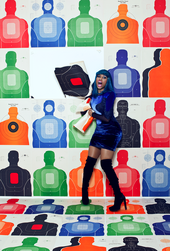 Roman OUT OF CONTROL! 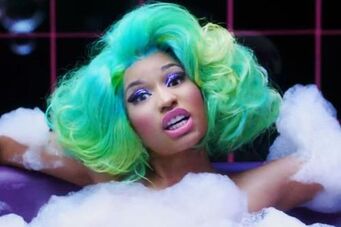 Roman in the bathtub 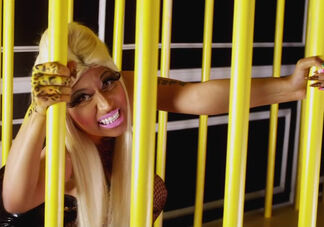 Roman thinks someone is a Stupid Hoe 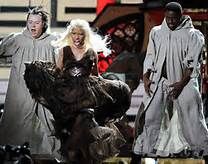 Roman is Unleashed at the 54th Grammys 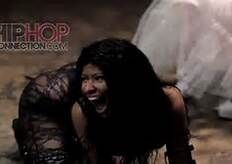 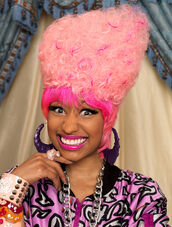 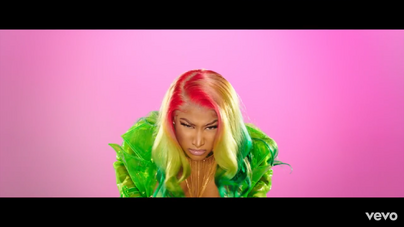 Roman at the end of the Barbie Dreams video 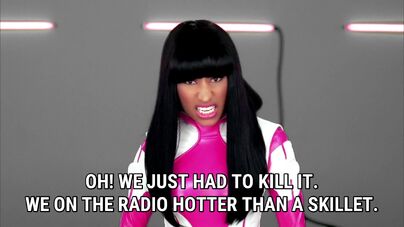 She was being a little wild in check it out 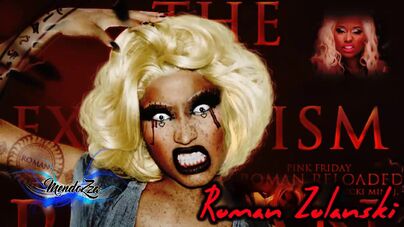