Michael Ray Nguyen-Stevenson (born November 19, 1989),known by his stage name Tyga (an backronym for Thank You God Always), is an American rapper signed to Young Money Entertainment, Cash Money Records and Universal Republic Records. He is of Vietnamese and Jamaican descent.[1]He first received recognition with his debut single "Coconut Juice", featuring his cousin Travie McCoy. No Introduction was the first independent album by American rapper Tyga. It was released on June 10, 2008, on Decaydance Records.[2] One of the songs from this album, "Diamond Life", was used in the video game Need for Speed: Undercover, and on Madden 2009, as well as in the 2009 movie Fighting.

Tyga has released many mixtapes. He created Fan of a Fan with Chris Brown and producers DJ Ill Will and DJ Rockstar. It features other artists such as Bow Wow, Lil Wayne, and Kevin McCall featured in several tracks. Four tracks ("Holla at Me", "G Shit", "No Bullshit" and "Deuces") are also accompanied by a music video. The track "Deuces" was released as the debut single of the mixtape and, as of August 26, 2010, has reached number fourteen on the Billboard Hot 100 and number one on the Billboard Hot R&B/Hip-Hop Songs. The track has also been nominated for Best Rap/Sung Collaboration at the 53rd Grammy Awards.[3][4] The track, among others, was on the tracklist of Chris Brown's fourth studio album, F.A.M.E.. Tyga also told MTV in an interview that the production of the mixtape took just short of a week.[5]

Careless World: Rise of the Last King is his second studio album. The album will be released on February 21, 2012 on Young Money Entertainment, Cash Money Records, and Universal Republic Records. Careless World: Rise of the Last King is a move to the rapping style he featured in the collaboration album We Are Young Money rather me than the poppy dance element shown on No Introduction.[6] Tyga stated that the album shows he has grown up but still relates to the kids. Tyga released a new mixtape #BitchImTheShit in preparation for the album.

Tyga makes cameos in the music videos for "I Am Your Leader" and "Come on a Cone". 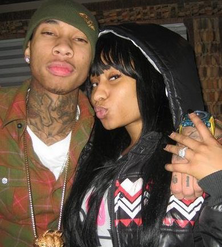 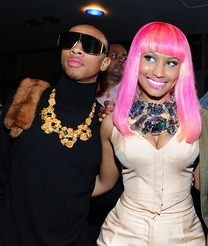 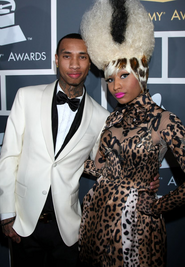 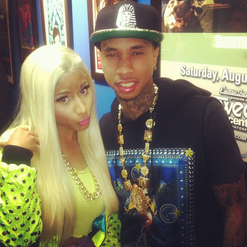 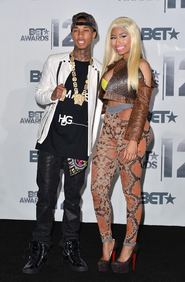 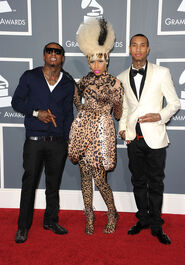 Lil Wayne,Nicki Minaj and Tyga at the 2011 Grammy Awards 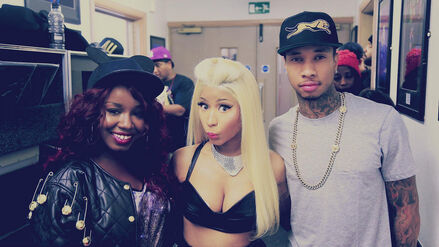